The dance starts 50 seconds in.

About the videos chosen for worship dance Wednesday: Unless otherwise noted, I am not in these videos, neither do I know anyone in them. If you have a video that you’d like me to consider posting on my blog, send it my way! I’m always looking for good quality sound and picture, and although the choreography doesn’t need to be perfect, it does need to be a blessing to watch.  ~ballet you say

If you haven’t already guessed, I’m playing Raggedy Ann in the upcoming ballet performance.  I’ve can’t really find a how-to online, so I thought I’d write a couple of my own.  Here’s a step-by-step makeup guide on how to create a Raggedy Ann look on the more natural side.

By this time two weeks from now, the marley floor will be cleaned and rolled back away, the costumes hung up. Two performances done. I have no idea what the next two weeks are going to look like and how on earth this whole thing will pull together especially when it involves Thanksgiving week and no classes or rehearsals for five days.  yikes!

Today’s rehearsal was rough. So many girls were missing. The music CD was shot and skipping all over the place in a few of the songs, we’re still learning when we’ll be on stage in the background and when we’ll be offstage..  And it seems like on my dance, yet another element was added or re-added today and I’m just not even sure if we’re supposed to do it or not.    Miss Beautiful Ballet Teacher, what say ye?  Are we going to detourne’ after that second pony before the arabesque?And if we detourne’, the weight will be in the back foot and do we just shift the weight to the front foot as the first step of the arabesque or is there another step in there??????

My music isn’t symmetrical and the cues are very hard to hear and it’s all just a little bit beyond my non-musical, non-dance background.  I’ve been put in a rag doll costume and told it doesn’t matter if it’s not perfect because we’re just rag dolls, mischievous and goofy. That does not make me feel any better about not ever ever having done the choreographed part of the dance correctly.

My husband said, “This is supposed to be fun and if all this fun is stressing you out, then maybe you need to have less fun.”

Panic is starting to set in. Just a teeny bit. Let me tell you who is going to steal the show: the cupid doll. Oh my word! A nine year old pixie in a pink tutu couldn’t be any cuter! Her classical dance is adorable.

I’ll be wearing ballet slippers with red and white striped socks instead of heels but I couldn’t resist this photo. Can anyone guess my character in our upcoming ballet?

Just popping in to break my silence. Every once in awhile,  someone asks me if I am still dancing. Oh YES!  I never stopped. We had a 3 week break somewhere in July or August which fortunately coincided with my major back strain that had me laid up for 3 weeks. The how-I-strained- my-back isn’t a topic for this family-friendly blog.

So it’s performance time again. Six weeks away. I started to panic last Saturday when I stayed for a rehearsal to take photos and realized that my class had only just that morning learned–I mean been introduced to–less than a minute of our choreography for the very first time and the girls I was photographing  had already been rehearsing for weeks and their dances were really coming along. FREAK OUT.

I feel slightly better after running through the entire piece several times today. Slightly.  I know the choreography in my brain, but to translate it to my arms, feet, and tilt of the head, that’s another thing,  …arabesque rt, balance rt. balance l. coupe. bourre bourre, bourre. Repeat all that starting to the left this time:)  Then pony. WHAT? Please, please show that to me. I have never done it before:) Plus there’s a lot of goofiness in there because of the character I am playing: more on that later!

I am hopeful that in the next 5-6 weeks with lots and lots of rehearsals, I’ll be able to do it–that’s a hint hint hint for Miss Beautiful Ballet teacher if she’s reading this!)

Do you ever make it to the final credits of a movie and wonder WHY did I just  waste an hour and a half watching that? Maybe you keep watching, thinking it just has to get better, but it never does? Or maybe you keep watching because it’s SO bad and you’re laughing hysterically at how horrible it really is.

I just watched a movie like that. Browsing the dance titles on Netflix, I chose “C Me Dance.”  The movie opens with an odd highway scene, cutting between the terrified driver of a car, a baby in the back seat, and the front grill of a truck barreling down the road.  I had to pause the movie, thinking I had accidentally started a weird horror flick because it surely didn’t seem like a dance movie.

I had the right film. I should have moved onto a different movie right then and there, but if I had done that, I wouldn’t be writing this blog post, you lucky people.

First of all, I’m sure there’s someone somewhere that was blessed or touched by this movie. I am not one of those people. This is one of those films that gives Christian media a bad name with its sub-par acting combined with a ridiculous script. Before I started watching, I didn’t even realize it was a religious piece. Jesus lyrics blaring at the shopping mall–that was the giveaway.

I liked the dancing and most of the music was pretty good too.  During one of the scenes, I thought I recognized a couple of the dancers. I thought, no, it can’t be. Well, maybe it could be. Then I saw their names scroll by in the previously mentioned credits. Well, I’ll be! Hot diggedy dog. It was the Ballet Magnficat dancers. They were the best part of the movie.

The story line was absurd and unbelievable. I leave you with the official trailer so you can see for yourself.

Katherine Healy dances to Ray Charles’ America the Beautiful. This former principle can turn and lean back, way back. Absolutely beautiful! 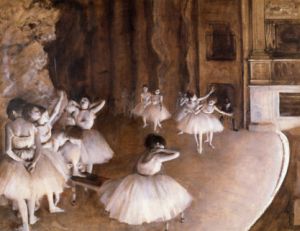 "God’s anointing brings the most technically excellent dancer to his knees when he sees those just stretching out in worship...He always goes before us," wrote my beautiful ballet teacher.

this is what i’m talking about 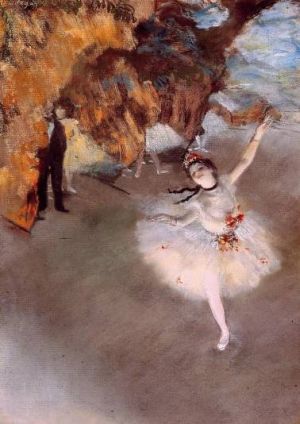 the pros have it

ballet, you say?
Create a free website or blog at WordPress.com.